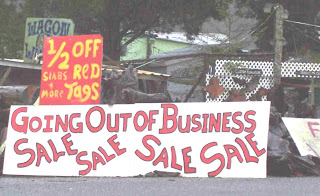 As political pundits look to many of the pro-government reform/anti-tax measure elections that took place on June 5 (Scott Walker win, San Diego and San Jose pass pension reform, Prop. 29 defeat – a new slush fund that would have been shunted over to the CA general fund, etc.) as a bellwether  for change in the November general elections,  The Trail Party 2012 blog would like to highlight what it feels may be the best indicator that voters are fed up with liberalism and fiscal irresponsibility of our government officials.
The Trail Party 2012 blog, believes the election of several conservative candidates to the Humboldt County Board of Supervisors may be the best indication that the “times they are a changing.”   Over the last few years, it appears a group of patriots in that area have worked hard to elect local politicians in an effort to “take Humboldt County back” from environmental activists and other left wing advocates who have ruled that NW corner of California with an iron fist for the last 30-40 years.
Humboldt County (Arcata and Humboldt State University) became noted in the mid-1960s as the epicenter for the radical environmental movement.  For decades, green activists and/or their sympathizers had a ruling majority in county government.   However, it appears that has changed with the election of a 4 to 1 conservative/pro-business/pro-common sense conservation/property rights majority.
If it can happen in Humboldt County, it can happen anywhere.  Stay the course and make sure you are engaged in the 2012 elections.
Posted by Don Amador at 10:36 AM No comments: